Nose bleeds (Epistaxis): Should I be concerned?

Entspecialistsingapore.com > Helpful Articles > Nose bleeds (Epistaxis): Should I be concerned?

Ever experienced a nose bleed and started panicking? Relax — nose bleeds may look scary, but they are very common and often do not warrant a case for concern. In Singapore, nose bleeds are especially prevalent in children due to their thinner blood vessels. However, such incidences will gradually decrease after puberty as the nose lining thickens after hormonal changes. 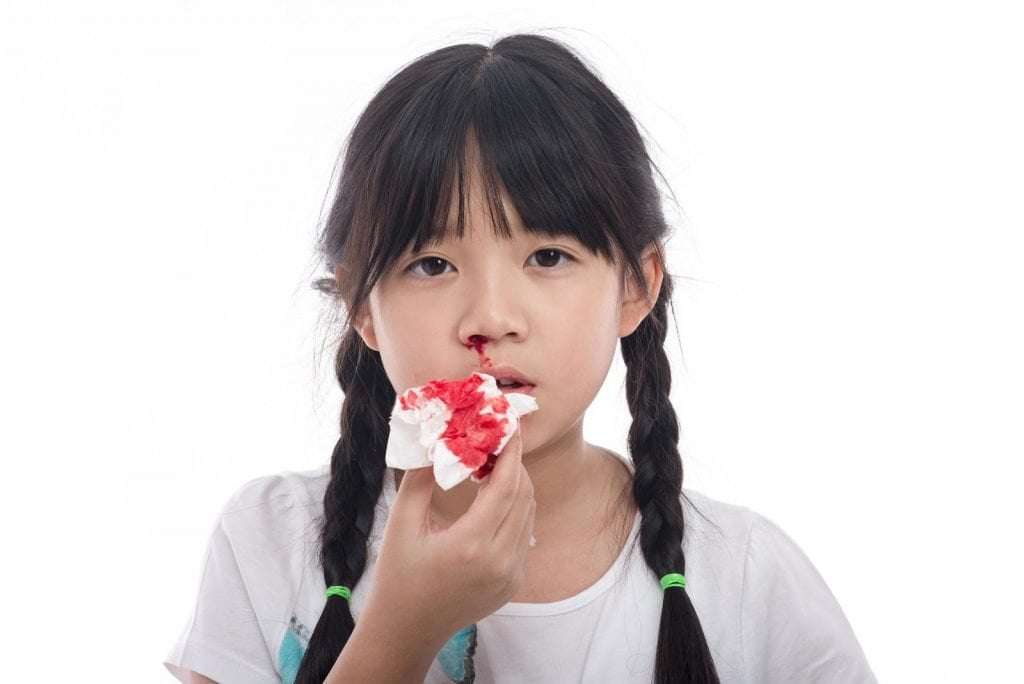 There are many causes for nose bleeds, with dry air being the most common cause. Living in a dry climate can dry out the nasal membranes, which are tissues inside the nose. Just like how skin cracks and bleed when it’s dry, the same goes for the nose. Fortunately, Singapore has a tropical climate with warm weather all year around.

Other causes for nose bleeds include:

Very rarely, nose bleeds that only happen at night are caused by a condition known as hemorrhagic telangiectasia. This is an inherited condition that causes heavy bleeding. If you worry you have it, look out for cherry-red spots on your face or hands, and as always, consult a professional. Find out more about nose bleed here https://www.nhsinform.scot/illnesses-and-conditions/ears-nose-and-throat/nosebleed.

Are there different types of nose bleeds?

There are two types of nose bleeds — anterior and posterior. An anterior nose bleed is the most common, with blood flowing out from the front of the nose. It is usually caused by capillaries inside the nose that break.

A posterior nose bleed comes from the deepest part of the nose, with blood flowing down the back of the throat. Posterior nose bleeds are more serious and are more common in the elderly, people suffering from high blood pressure and those who have had nose or face injuries.

How do I treat nose bleeds?

The next time you or someone you know encounter a nose bleed, follow these steps:

If you have issues with nose bleeds, consider visiting ENT Surgeons. 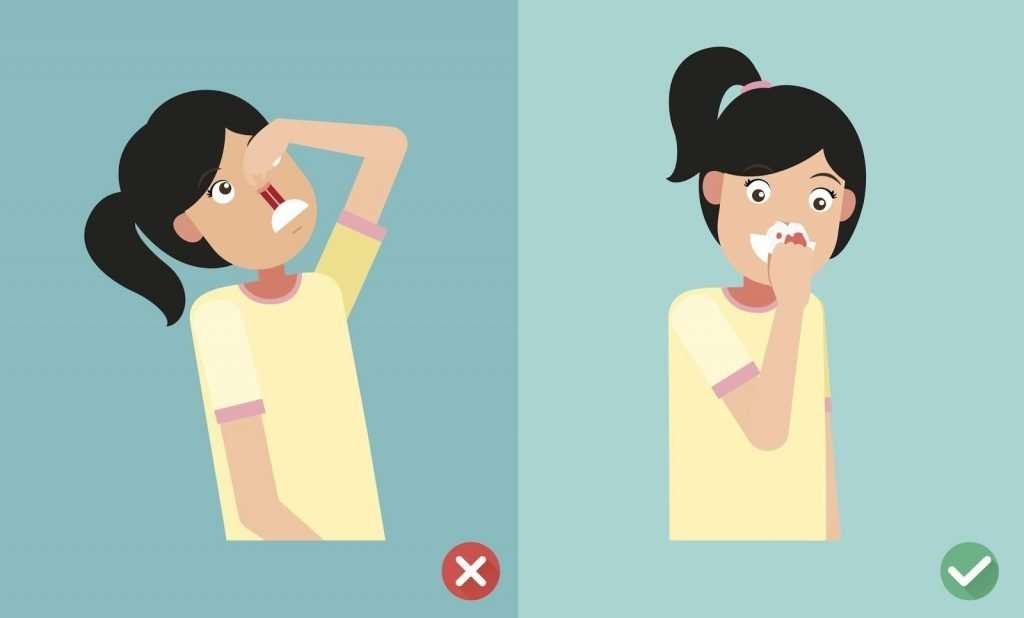 When should I be concerned for nose bleeds?

Generally, nose bleeds are nothing to worry about, but see a doctor if:

The doctor will use various methods to apply pressure to the site of bleeding, such as packing the nose with a long thread of ribbon gauze soaked in medication to constrict blood vessels.

How can I prevent nose bleeds?

Considering that it’s pretty hard not to sleep in an air conditioned room with Singapore’s equatorial climate, consider using a humidifier to reduce dry air. Use a saline spray before bed to keep your nasal passages moist, and apply a thin layer of petroleum jelly like Vaseline to the inside of your nose with a cotton swab. 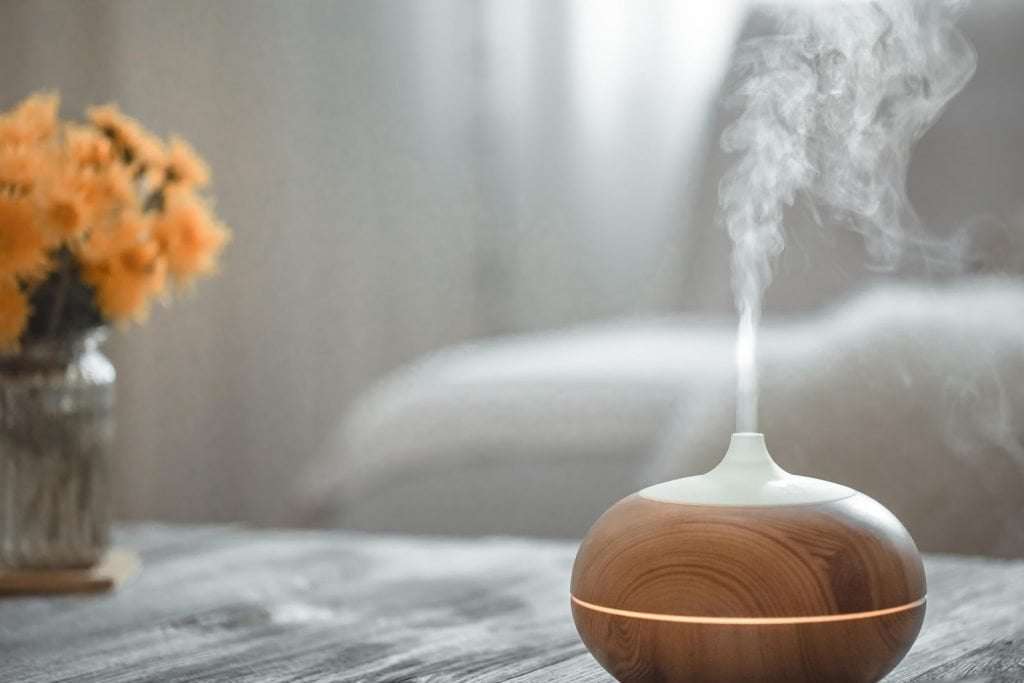 If you can’t control picking your nose or unconsciously pick your nose while you sleep, wear gloves so you won’t irritate your nose. Also, wash your hands every time you pick your nose. By doing so, it forces you to pay attention to the habit and prevents introducing bacteria into the wound.

When blowing your nose, be mindful to be gentle. If possible, use tissues with moisturising properties. When experiencing a congested nose due to infection, use a saline spray or breathe in steam from a hot cup of tea or hot shower. Remember to drink plenty of water to loosen up mucus in your nose and chest, and get plenty of rest.