As an ENT specialist in Singapore, I find my job extremely rewarding as I get to treat people across all ages for their ear, nose and throat problems and help them get better. But if you ask me what’s the hardest part about my job, it’s probably breaking the painful news to patients that they have cancer. Most cancers can be treated if detected early, but the problem is that some cancers are difficult to detect with no signs in the early stages at all. Nose cancer is one of them.

Nasopharyngeal cancer, or nose cancer, is a cancer that occurs in the cells behind the nose (nasal cavity, above the back of the throat and sinuses. In Singapore, nose cancer is the 2nd and 3rd most common cancer among males aged 15 to 34 and 35 to 64 respectively. Despite its prevalence, nose cancer is often detected late because it grows at the nasopharynx, an area at the back of the nose that’s hidden at least without a scan.

Further, the symptoms of nose cancer are not obvious or easy to detect as they are non-specific. These symptoms include:

Many think that cancers come with pain. While that is not wrong, with many cancers, the pain only comes at the later stages. With nose cancer, early signs are painless and are usually brushed off and not detected. However, at a later stage, pain or numbness is usually present in the face, particularly in the upper cheek.

Lumps on the neck or in the nose are one of the most common symptoms of nose cancer. They appear in about 75% of cases. These lumps are typically painless. Neck lumps typically appear on the side of the neck, behind the ear and towards the shoulder.

Some patients experience a change in hearing such as a sudden loss of hearing, ringing sound in the ear or a feeling of blockage. There can also be pain or pressure in only one ear.

Symptoms of nose cancer include frequent nose bleeds, headaches, blood-stained sputum and symptoms similar to the common flu such as running mucus, a decreased sense of smell, persistent blonde nose and mucus draining into the back of the nose and throat.

If the above symptoms do not go away with time, it is highly advisable to see an ENT specialist.

Your doctor will assess if your symptoms point to cancer and require further tests. Usually, the tests I do include:

A nasendoscopy involves using a long, thin flexible tube and inserting it through the nose to look for abnormal growths at the back of the nose.

I use a biopsy to obtain suspicious lesions and examine them under the microscope to look for cancer cells. I might also remove a tissue sample in neck lumps for examination. This is done with local anaesthesia so there is no pain. 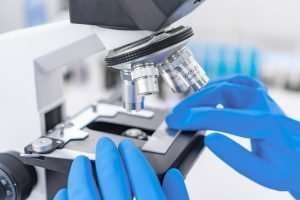 A blood test used to detect antibodies to the Epstein-Barr virus can sometimes be done to detect nose cancer.

If cancer is confirmed through these tests, more tests will be run to check if the cancer has spread to other parts of the body. These tests include X-rays, head and neck scans, bone scans and liver scans.

The general statistics show that in Singapore, people tend to seek medical attention late or delay their referral to an ENT specialist. About one fifth of nose cancer diagnoses in Singapore are delayed for about seven months due to a lack of awareness about the disease. As a result, many nose cancers are diagnosed late at about stage 3.

With that said, it’s also important that people are aware of the risk factors for nose cancer. EBV infection, a very common virus that affects about 9 in 10 adults, is thought to trigger the development of nose cancer in some people. As for why, we do not fully understand yet. Nose cancer is also associated with a diet high in preserved food like cured meats, fermented soy beans and salted fish. These foods are laden with cancer-causing intros and salt.

Finally, genetics have a huge role to play in cancer. If an immediate family member has a history of nose cancer, you may be genetically predisposed to it.

While we don’t know exactly what causes nose cancer, avoiding risk factors may help with prevention.

Remember, early detection will greatly improve your outcome and chance for a cure.