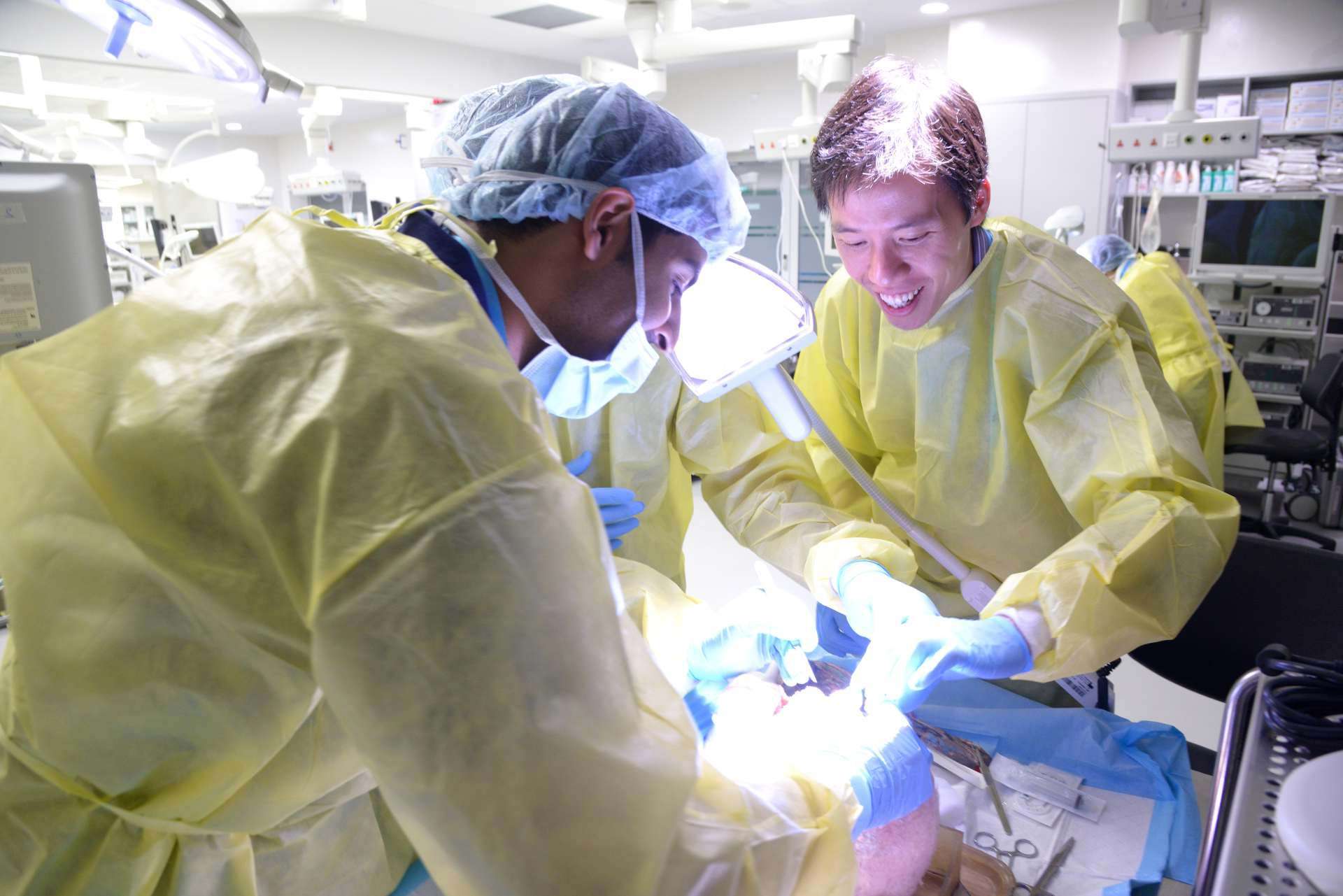 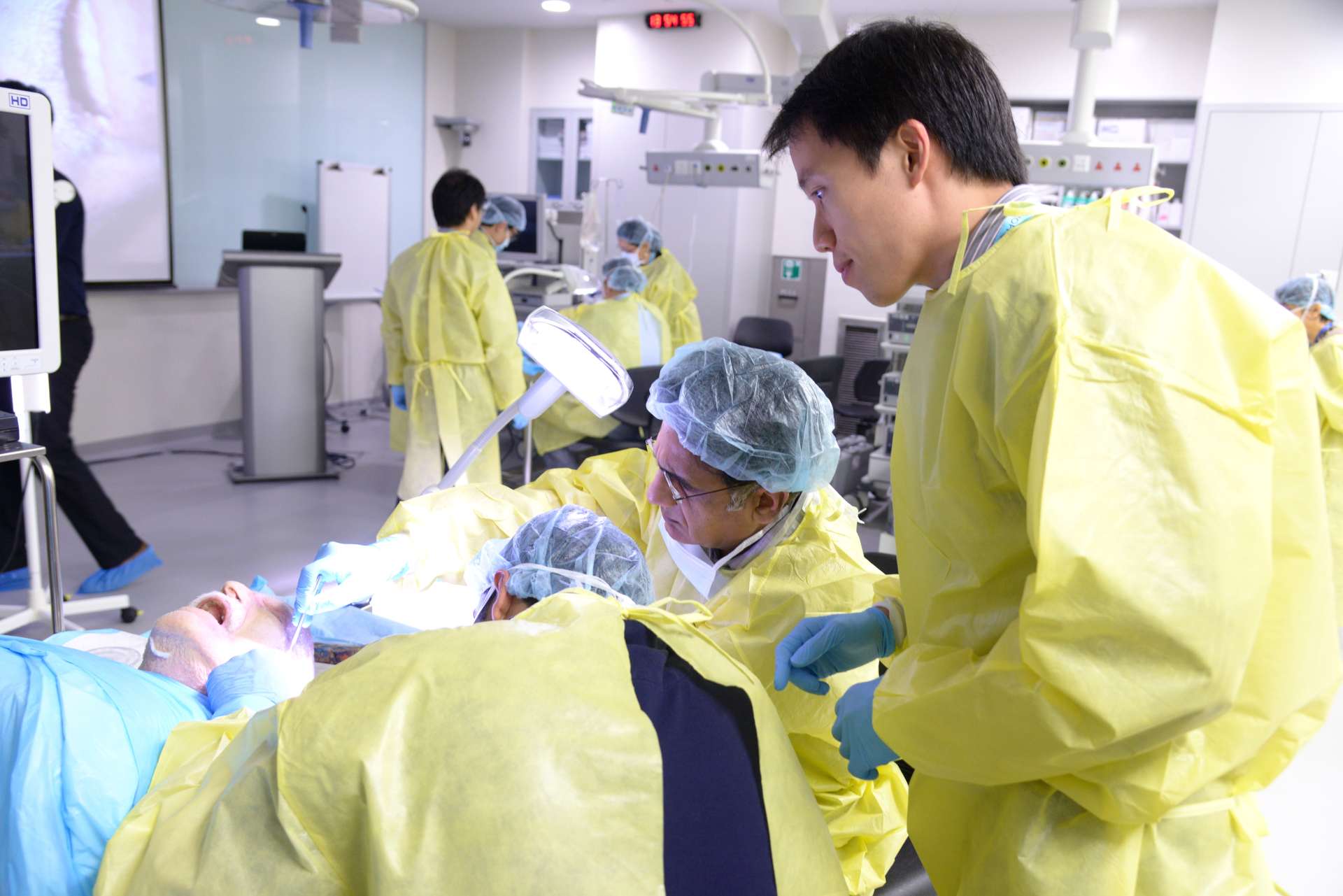 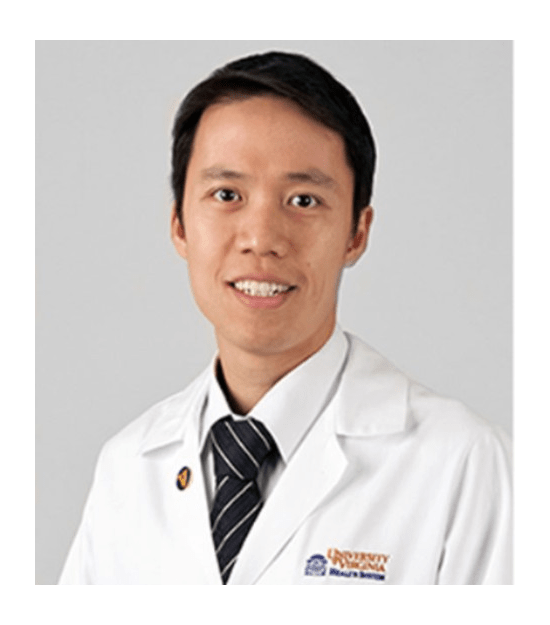 Dr Dennis Chua completed his medical undergraduate studies at the National University of Singapore (NUS). He also completed his training in Otorhinolaryngology locally. He also attained qualifications from Edinburgh in the United Kingdom and did a fellowship in the USA, becoming one of only a few ENT surgeons to be International Board Certified in the field of Facial Plastics & Reconstructive Surgery. His passion in the field of Otorhinolaryngology has also led him to pursue several related qualifications such as gaining status as an International Member of American Academy of Otolaryngology, Head and Neck Surgery. As the current host of the annual Pediatric Ear Course, Dr Dennis is committed to sharing his deep knowledge as an ear specialist in Singapore to further the standards of care given to patients.

His passion for elevating the quality of life for his patients has led him to develop a strong philosophy towards treating those with ENT, head and neck conditions. As an ENT doctor in Singapore, Dr Dennis Chua firmly believes in taking a personable and holistic approach towards healthcare, especially in his ENT department. He believes a detail-orientated, conservative philosophy towards otolaryngology will ensure that all his patients obtain the best results from treatment from him and his team at his ENT clinic.

Need a Doctor for Check-up?

just make an appointment & you're done!

At our ENT Clinic in Singapore at Mount Elizabeth, all ENT techniques and equipmentare constantly kept updated, right down to the hearing aids werecommend you. This is done to keep abreast of global modernmedical standards and ensure our ENT doctors work with all ouroptions available.

Our Ear, Nose and Throat (ENT) specialist doctors pride ourselves on being highly professional, skilled, and have the highest respect for our patients' personal data, ensuring that our patients get only the highest quality of medical care for their ENT conditions.

As a healthcare organization practising otolaryngology (ENT), we believe in taking a safety-first an approach which allows to consistently see our patients through their treatments without facing undue adversity.

ENT conditions - Are they common?

ENT conditions are very common and comprise up to 20% of adult consultations as well as up to 40% of paediatric consultations for general practitioners (GPs). Largely, many ENT conditions can be managed by GPs, but some conditions that are more serious and chronic will require an actual ENT specialist who can do ear nose and throat surgery.

What are some common Otorhinolaryngology procedures?

The ear is a delicate instrument, consisting of 3 major parts – the external, middle and inner ear. Conductive hearing loss can happen when issues arise from the external and middle ear. These can prevent sound from being conducted down into the inner ear, hence known as conductive hearing loss. The problem can arise from a build up of excessive ear wax, infections occurring in the middle ear, fluid buildup in the middle ear, or damage to the ear rum.

This gland is situated at the base of the brain and plays a major role in regulating other glands in the body, such as the adrenal glands and thyroid glands. A large range of other bodily functions are also controlled by the pituitary gland, hence it is sometimes regarded at the ‘master’ gland in the body.

In most cases, tumours forming in the pituitary gland are benign. This however, does mean that it is safe to ignore them. Due to where the pituitary gland is situated, a tumour that grows enough in size may affect parts of the brain, optic nerves and pituitary. This might lead to effects such as loss of vision. In such cases, it is necessary to remove the tumour to avoid worsening or complications of symptoms.

Snoring might be a commonplace occurrence and source of night time frustrations, but it may also be a sign of a more serious sleep disorder known as Obstructive Sleep Apnea.

In patients with Obstructive Sleep Apnea, their breathing is stopped when they sleep, repeatedly. This is due to the airway muscles relaxing as the person falls asleep. If overly relaxed, the muscles can collapse and block the upper airway.

This can happen hundreds of times in a night. This causes fragmented and interrupted sleep, as the body reacts to the reduced oxygen (and increase carbon dioxide) in the system by forcing the chest muscles, diaphragm to work harder to resume breathing and open up the airway. This can present itself as choking, gasping or jerking. It is often so short a duration that the person does not remember these events when he/she wakes up in the morning. However, the effects of poor sleep due to these interruptions have effects not only on daily energy levels — affecting performance at work or school, but also can lead to or exacerbate health conditions that can lead to serious problems or even death.

ENT Specialists in Singapore - What is ear head neck surgery?

Investigation and observation is first used to identify and diagnose possible problems such as malignant or benign lesions in the head and neck region. Once the investigative process is complete, the head neck specialist will then decide upon a treatment plan if required.

It is common for head and neck surgeons to work together with other related disciplines such as reconstructive & therapeutic surgery, dental surgery, neurosurgery, otolaryngology, oncology or radiotherapy. This is done so that the treatment plan is comprehensive and takes the patient’s well being into account.

How does one become an ENT Specialist in Singapore?

In Singapore, an ENT specialist is a doctor that has not only gone through medical school (usually a period of 5 years in NUS), but has to clear a very specific set of requirements to be considered an ‘ENT Specialist’.

After graduating from medical school, the aspiring specialist will have to intern (known as a Houseman or Intern) at a public hospital for a period of a year. After which they acquire the title of ‘Medical Officer’. During this time, these aspiring ‘ENT trainees’ would build up experience as they moved amongst the various ENT departments in Singapore.

The next step will then to enter into an ENT residency in Singapore is a comprises of a 5-year postgraduate surgical residency program. During this time, there will be various trainings and exams that they will have to clear.

Once the training requirements are met, the ENT resident then gains the status of a ‘Senior Resident’. Previously, this position was referred to as ‘Registrar’. From here on, they will be required to clear a national ENT exam held by NUS at the end of the second year of residency.

At the end of the 5th year of training, the ENT residents are required to pass yet another exam — known as the ‘Exit’ Exam. Only by passing this exam and clearing all required training will earn them the title of ‘ENT Specialist’ in Singapore.

ENT Clinic Singapore - What do I look out for to find a good ENT specialist?

When finding a good ear specialist Singapore, it is important that they have the requisite qualifications and also sufficient experience in ENT surgery. A good ENT clinic will have an ENT doctor trained internationally in head and neck surgery and can perform ENT related treatments and surgeries such as thyroid surgery, tonsillectomy, otoplasty, septoplasty, and more.

A good ENT Specialist Clinic will also have a good team of nurses who will help in administering support during surgery and will be in charge of dispensing medicine.

ENT Doctor Singapore - What should I do if I believe I have an ear nose throat head (ENT) condition?

If you are suffering from ear nose throat (ENT) issues in Singapore, don’t wait and go see a proper ENT specialist or doctor today. A proper ENT doctor and his team of nurses will help you understand your diagnosis as well as your treatment options so that you may get the proper care that you and your loved ones deserve.

Conditions ENT specialists treat commonly include (but not an exhaustive list are): Pain, injuries and nerve problems in and around the ear, nose and throat regions, dizziness or balance conditions, hearing loss due to infections or obstructions, congenital defects that result in deformities in the ear, nose and throat regions, tinnitus, sinusitis or nasal congestion problems, loss of smell, deviated nasal septums, tumours and asthma.